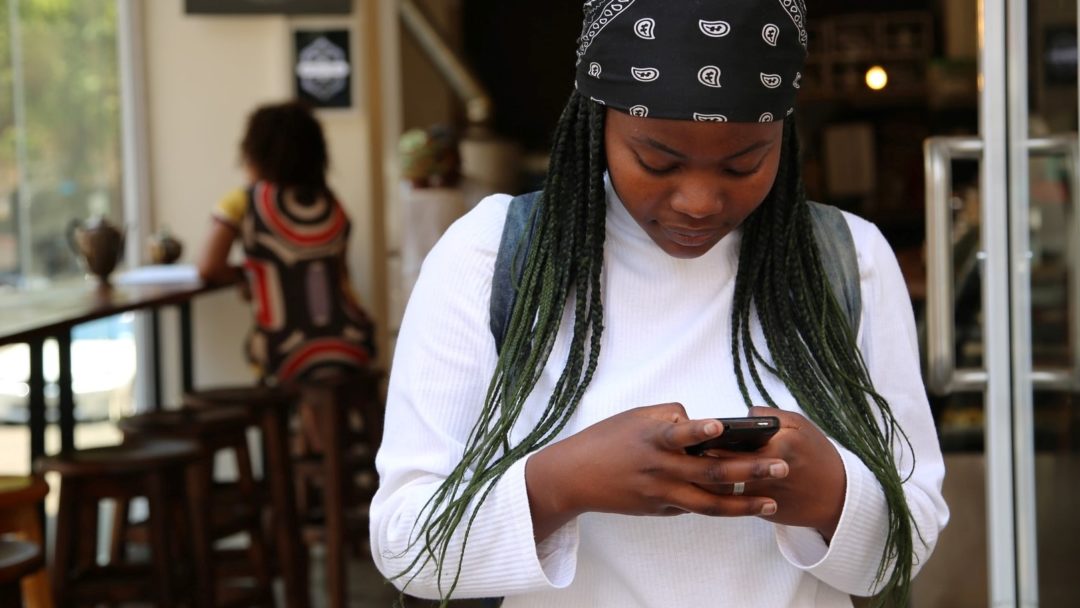 Social media can be a force for good in a crisis: lessons from Lagos

In this article originally published in The Conversation, Dr Tolullah Oni and Dr Camaren Peter discuss new research on the role that social media played in driving public engagement with Covid-19 health measures in Lagos, Nigeria, and lessons for responses to future crises.

In times of crisis, it is especially crucial that governments share accurate, up to date information with their citizens. Social media can play an important role in disseminating urgent information.

At its simplest, for instance, it allows people to mark themselves as “safe” after natural disasters such as earthquakes, floods, tsunamis, or during terrorist attacks and insurgencies.

Social media platforms can also be used to share critically important information about disaster management. And it’s a powerful tool for authorities to tackle misinformation and disinformation that may arise.

This sort of communication is becoming ever more important. The Covid-19 pandemic has particularly highlighted how vulnerable densely populated cities and urban areas are in responding to and navigating disasters and emergencies.

This is especially true in densely populated cities on the African continent. Many of these cities lack large infrastructure and reliable service provision. These issues, alongside under-equipped local and national authorities, mean cities struggle to absorb and adapt to crises as they unfold in real time.

We set out to assess the role that social media played in driving public engagement with Covid health measures in Lagos, Nigeria. We analysed public engagement on Twitter between January and August 2020 that related to the city’s lockdown protocols.

One of our key findings was that the public responded most to public health information being shared by prominent individual social media influencers. These included sportspeople, comedians, musicians and business-people.

It was also clear that people responded most positively to the use of satire, humour and messaging that drew on influencers’ everyday lived experiences of the lockdown.

Traditional survey methods are unavoidably subject to time lags. That negates cities’ real-time or near-real time responses to disasters. As our research shows, social media enables authorities and researchers to collect a vast swathe of nuanced, contextual data in near real-time. That can be used to ensure messaging campaigns respond quickly to public concerns.

These findings offer useful insights for future emergencies and disasters. Of course, social media does not adequately currently represent society as a whole. But it is – and should be – regarded as a valuable supplementary tool for public health and other public interest practitioners who seek to ensure that public responses to disasters are successful.

Modern market research tools mean researchers can now analyse important metrics on topics that are making an impact both globally and closer to home, almost in real time. These tools create data visualisations and summarise key insights, so researchers can quickly access a structured set of data to extract rich, useful information on any topic.

We used the commercially available Brandwatch platform for this research. The date range – January to August 2020 – allowed us to find and compare data from Lagos’s pre-lockdown, lockdown, easing and post-lockdown phases.

For context, national responses to the pandemic were guided by a continent-wide strategy. The overarching strategy was implemented differently in various countries and along different timelines according to their contextual specificities and needs. The strategy acknowledged that lockdowns come with issues, including people not seeking healthcare for other conditions. Other unintended harmful effects of lockdowns include increasing food insecurity, reducing physical activity and loss of livelihoods.

Our data analysis allowed us to assess how public perceptions and conversations around lockdown were unfolding on social media as the pandemic – and commensurate government responses – unfolded in Lagos.

We initially hoped to conduct a similar analysis about Yauonde in Cameroon. However, we focused on Lagos due to the small volume of tweets from Cameroon. This is likely because Cameroon is a much smaller country than Nigeria and has fewer internet users. To put it in context, our data query yielded 312,627 tweets from Nigeria but only 7,696 tweets from Cameroon.

A number of social media influencers were actively disseminating public health information online of their own accord, with no clear link to Nigeria’s health authorities beyond as a source of some information.

One particular Twitter account, @Aproko_doctor (Dr Chinonso Egemba, a doctor, actor and editor) had as many followers as the Nigeria Centre for Disease Control (NCDC) – just over one million at the time. Our analysis found that this account enjoyed significantly more engagement than the NCDC.

This isn’t to suggest that large health organisations like the NCDC, Lagos Ministry of Health, UNICEF Nigeria, Nigerian Federal Ministry of Health and the World Health Organization shouldn’t be using social media. We found that these bodies played a significant role in sharing health messaging.

However, organisations and governments can learn from understanding how individual influencers were able to better reach the public. For example, ordinary Lagosians responded better to the use of satire, humour and messaging grounded in influencers’ daily lives than they did to dry facts and figures.

Personalised messaging that leverages social media influencers can be used to amplify government and organisational messaging. This is a way to reach more people. It can also mitigate against mis- and disinformation.

Our findings suggest that those who enjoy a greater degree of engagement with their content from followers can play the role of grassroots communicators to significantly influence how society responds in times of crisis.

Social media happens in real-time, or close to it. This means authorities and governments can quickly monitor how messaging campaigns are being absorbed and responded to by the public.

For instance, they may find that people perceive contradictions and inequities in government’s disaster management strategies and measures. These concerns can be rapidly addressed. Or they may identify issues that are dominating public discussion over the different stages of disaster management but that are not flagged in existing communication strategies.

The 21st century will continue to bring disasters and emergencies. Extreme events related to climate change are expected to intensify in the coming decades. More flexible, innovative approaches towards messaging and information dissemination are required – particularly with respect to early warning and adaptation. These approaches can foster effective, meaningful public responses and collective action.

This article is republished from The Conversation under a Creative Commons license. Read the original article.

This research was funded (NIHR133205) by the National Institute for Health Research (NIHR) using UK aid from the UK Government to support global health research. The views expressed in this publication are those of the author(s) and not necessarily those of the NIHR or the UK Department of Health and Social Care.